Universities face very specific IT challenges. For starters, they’re under pressure to provide flexible data access as students increasingly carry multiple devices. But flexible access requires a significant investment, and universities need to be certain that they have the support of trusted IT partners to help them deliver their goals.

Istanbul Aydin University (IAU) looked for support when it planned to virtualize desktops across its campus. The university which has more than 27,000 students, wanted to establish a virtual desktop infrastructure (VDI). It aimed to give students access to data and applications around campus, while also solving its challenge of trying to support university workstations.

Operating in an increasingly competitive market among international private universities, IAU hoped to continue attracting the best and brightest students. It was crucial to give everyone flexible access to the applications they needed as part of their study programs. The idea was that no matter where the students were on campus, they could log in to the nearest desktop and access the relevant applications. What’s more, the university wanted the VDI to be the first step towards a fully operational bring-your-own-device (BYOD) enabled infrastructure in the years to come.

Better for students, more efficient for IT
For IAU, its VDI goals didn’t end with students. The institution also wanted to simplify and automate all the tasks required to manage clients. The team’s 10 administrators spent a large part of their working week supporting the 1,000 desktops that the university had at the time. They were constantly working on upgrades or applying software patches to many of the 65 applications running across the university’s desktops. Birol Çelik, IT Manager at Istanbul Aydin University (IAU), says: “We needed to streamline the whole desktop management process and save time so we could focus on strategic projects. We had a whole list of projects that we wanted to spend more time on, and migrating to a VDI was going to help us do that.”

Finding the right server platform
The university chose Citrix XenDesktop as the VDI software and began to study possible solutions for the back-end infrastructure. A key component of the back-end would be the server platform. Among the 65 applications running on the student desktops were a significant number of design packages, such as Autodesk, AutoCAD and Adobe, supporting the university’s engineering and architecture study programs. The IT team turned to Dell, which had a long-standing relationship with IAU. The university had purchased Dell OptiPlex desktops and Dell Precision workstations in the past. Plus, virtualized Dell servers also supported many of the institution’s administrative applications. “We had been running VMware virtualized Dell servers for a number of years,” says Çelik. “Among the applications running on Dell was Microsoft Exchange Server and Microsoft SharePoint Server, and we used Dell for our Active Directory.” Çelik and his colleagues were happy with the performance and reliability of the servers, and particularly valued the support. Given the strategic importance of the VDI, the IT team wanted to make sure it worked with an IT partner it could trust. “We found Dell to be a good partner,” the IT Manager recounts. “The account team is responsive and it understands the importance of our IT. When we needed support, it’s always been fast.”

A VDI driven by high-performance graphics processing units (GPUs)
Working with Dell, IAU undertook a proof of concept (POC) based on the Dell PowerEdge R720 server with NVIDIA GRID technology. With this technology, graphics processing would be taken over by a GPU instead of a central processing unit (CPU). For IAU, it meant graphics-intensive programs would run just as effectively over the network as if they were operating locally on a high-performance workstation. Çelik remembers: “The POC proved the value of the Dell PowerEdge servers running NVIDIA GPUs. When we calculated the price and performance of the servers, and added the support of Dell, we decided that Dell PowerEdge technology was definitely the right choice for our VDI.”

Collaboration ensures deployment success
The IAU team rolled out VDI into the production environment with the support of Dell Deployment Services. Initially, IAU deployed four Dell PowerEdge R720 servers for the VDI, and then expanded the platform by another four servers after a few months. The university continued to add more servers as it extended the VDI to all students on campus. Today there are 12 Dell PowerEdge R720 servers with NVDIA GRID technology, ensuring the Citrix XenDesktop environment is reliable for up to 1,000 concurrent users. To manage the servers, the IT team uses VMware vCenter Server, the server management software for its entire virtualized infrastructure. According to Çelik, the servers have been a good investment. “We’re very happy with the performance of the Dell servers. Students and university personnel are receiving an excellent VDI experience. I think we’re getting the maximum out of our Citrix XenDesktop environment,” he says.

Flexible data access gives students greater support
With the VDI in place, students access the data they need from any of the university’s desktops. There are currently 3,000 desktops – 2,000 more than before the VDI project – for the students to use. As a result, queues no longer form outside laboratories for access to desktops with specific applications because all the university’s applications are available from any machine. Furthermore, Microsoft OneDrive is integrated into every desktop so students can upload data and access the information from home on their own devices. “Students receive much better support from their IT,” comments Çelik. “It’s easier for them to study at a time and location that suits them. Now it doesn’t matter if they’re studying architecture or advanced engineering, they enjoy great access to their 3D design programs right across campus.”

Simplified management through standardization
According to Çelik, a key reason for better access is the performance of the Dell PowerEdge servers. In addition, he says he finds it simpler to keep the VDI performing well because the platform is standardized on Dell. “Different IT providers have different management systems, therefore standardizing on Dell for our VDI reduced the level of complexity,” he comments. “We’re very happy with the stability of the Dell servers and their manageability.”

IT personnel significantly increase productivity
Çelik highlights how much easier the VDI is to control with a simple metric. “In the past, we had a team of 10 administrators to manage around 1,000 desktops. Today, with our VDI in place, the same administrators can easily manage 3,000 desktops and still have more time to work on strategic projects.” For students, it won’t be long before they begin to feel the effects of this increased IT productivity. “The time we’re saving as a result of the VDI running on Dell servers can be used to drive our BYOD project. Once the BYOD infrastructure is in place, students will be free to integrate their personal devices into their study programs to work even more effectively,” says Çelik.

Enhancing competitiveness in international higher education
Thanks to the VDI, the IT team also has time to work on other important projects. These include upgrading the existing Microsoft SharePoint Server infrastructure and migrating the university to Office 365. Once all these projects are completed, IAU will be in an even stronger position to compete with other international universities. Çelik says: “Our student body is growing, and we continue to attract more entrants. But the competition among universities is increasing. We need to attract the best students, and to do this we need to offer the best IT services. Working with Dell, we’re developing an infrastructure to stay ahead of the field.”

Fast and effective support
The IT team is highly satisfied with the assistance it receives from Dell ProSupport. Through the Dell ProSupport Mission Critical service, a Dell engineer will be on-site in less than four hours in the event of an emergency. Çelik says: “We’ve worked with Dell ProSupport for a number of years. You’re dealing with an organization that understands the importance of your IT. Service is professional and fast – just how we like it.” 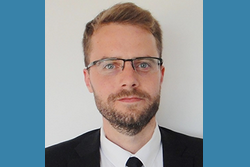